Get All Of The Tools And Skills Necessary To Create Your Own Therapeutic Roleplay Sessions!

Learn how to lead roleplaying games from intimate 1 on 1 sessions all the way up to large group therapy applications. Whether you’re a first time Game Master (GM) or a forever GM looking for a fresh perspective, this curriculum is for you!

(There Are Only 6 Spots Available Per Class) 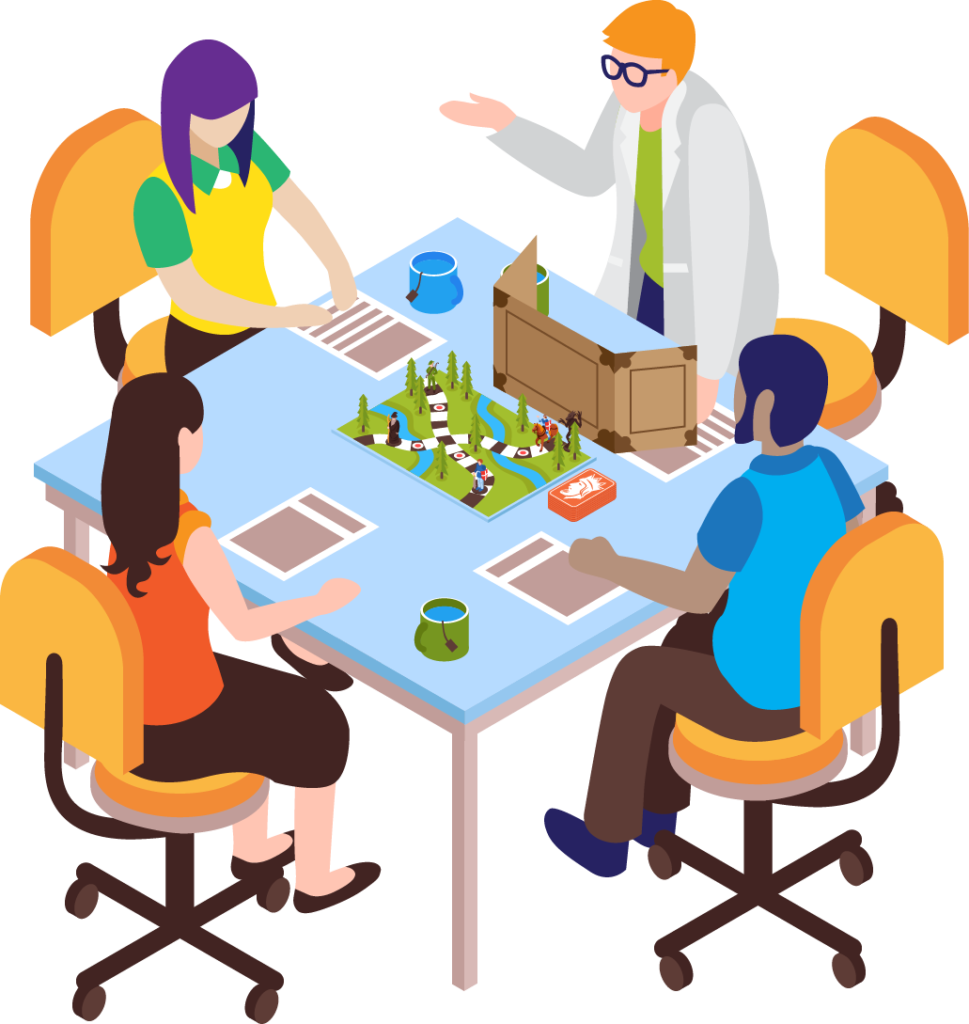 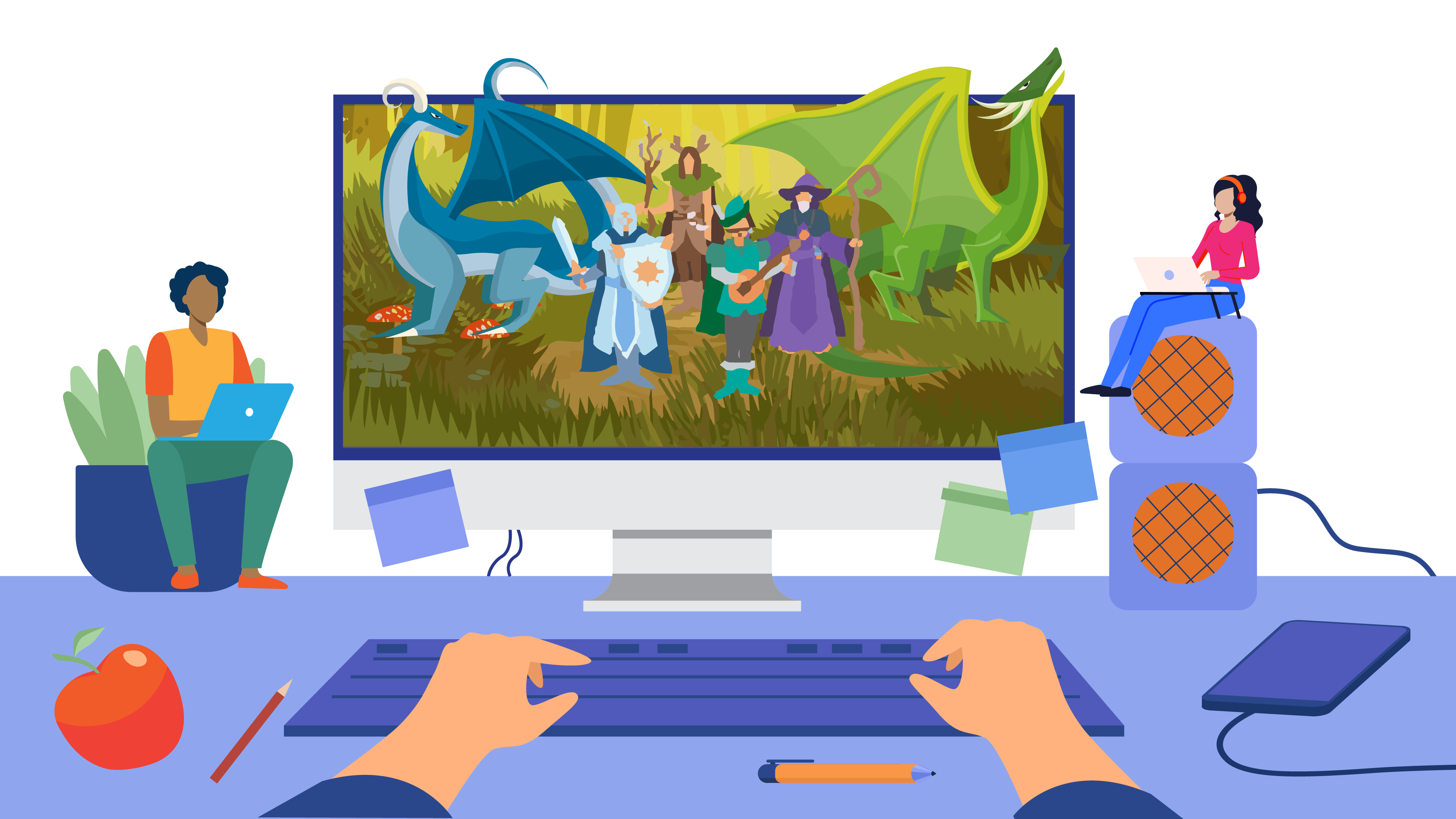 The 9-Week Dungeon Master Certification Class grants 12 CEs for APA/ACE/NBCC – the only one in the world, and offers a total of (36) hours training.

Understand what to document from TTRPG therapy and how to correctly place it within medical records.

Build successful sessions through planning and understanding the logistics of how a session is conducted.

Apply practical skills to assist participants in not only creating a character, but building emotional insight through development of backstory and inter-character communication.

Each week has been created and formulated specifically to teach you the skills needed to feel comfortable in running your own groups and also being able to care for your players. There is a lot of material in these nine weeks with each week handling two different topics. It is expected that you, as the learner, will watch all of the videos, participate in all of the training, and be able to pass the final exam at the end showcasing your knowledge. Multiple theories are used within this program. Create a growth mindset for your players by engaging with the multiple ways to engage creativity, growth, and foster proactive experiences for your players.

This will be an overview of how TTRPGs will be applied within therapeutic practice.

Starting with session 0 you will learn about leveraging safety tools and how to orchestrate character creation.

Understand the history and applications of TTRPGs in therapy while using them as Therapeutic Tools.

Utilize the history and applications of TTRPGs in therapy to plan sessions.

Learn how to design interesting worlds that are full of therapeutic encounters for the individual or group.

Notate and comprehend the documentation you will need to use in your sessions for therapeutic encounters.

How to utilize Roll20 for success and using the tools you need for running TTRPGs.

Integrating ethics in your sessions to create inclusivity and diversity within TTRPGs.

How to communicate the therapeutic value of TTRPGs and leverage example session videos.

Tragic protagonists that can easily be related to by players!

Easy drop in and use macros to increase overall engagement and how to use them!

Not sure exactly what your clients or players should sign? Worry no more!

and Other Loot Table treasures... 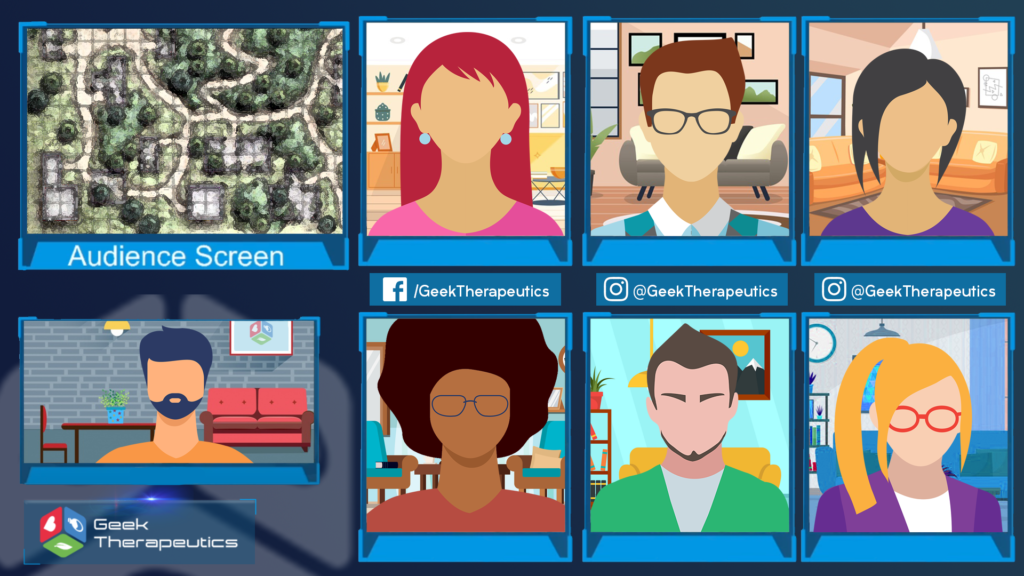 Run Campaigns With The Best

Over the course of nine sessions consisting of two hours of gameplay per week you are going to have a total of 18 hours of TTRPG experiences with recorded Certified Geek Therapists or live Professional Game Masters.

You get time GMing with professional players’ who wrote the books on how to RPG and you play in DND, 7th Sea, Changeling the Lost, and more

Four of these sessions will be streamed on our Geek Therapeutics Twitch channel, but don’t worry, not the one you will GM for. Those will be done privately and we will handle all of the streaming portions – you just need to show up as a player!

Dr. Megan Connell is a board-certified clinical psychologist whose practice encompasses a wide variety of topics and approaches. Her innovated work with girls, geeks and games has garnered her national attention, particularly for her work in applied role-playing games such as Dungeons & Dragons. She co-developed applied, therapeutic role-playing games training curriculum for mental health professionals. Dr. Connell has appeared on Geek and Sundry to talk about the interface of gaming and psychology, regularly speaks at major gaming conventions nationally, and she writes, directs, and produces the YouTube series Psychology at the Table, as well as the live play Dungeons & Dragons game Clinical Roll. She is active on Twitter as @MeganPsyD.

Joseph Atanasio, PsyD is a person-centered licensed psychologist in the state of NY. After graduating from The Chicago School of Professional Psychology with a doctoral degree in Clinical Forensic Psychology, Joe transitioned to working with older adults in a variety of settings including nursing homes, adult care facilities, physical rehabilitation facilities, and assisted living. He has since been engaged in the mental health care of the underserved geriatric population. Dr. Joe has an established private practice in both Queens and Manhattan in NYC. He sees a wide range of clients ages 12 and up, focusing on depression, social anxiety, grief and loss, and stress management. He engages Clients through a variety of therapeutic models, focusing on building emotional awareness through mindfulness practices. Dr Joe is an avid D&D player and Dungeon Master for the past 3 years on his personal time, running groups in-person and online. After seeing the therapeutic potential of such a wonderful and interactive game, he began a 10-week group therapy model using Dungeons and Dragons. He runs older adult, young adult, and teen groups using the tabletop game to build critical thinking skills, social skills, and manage aspects of anxiety and depression.

John Wick has been designing award-winning games since 1995 including Legend of the Five Rings, Cat: A Little Game about Little Heroes, 7th Sea, Orkworld, Houses of the Blooded, and My Monster.

John is also the author of the GM advice series “Play Dirty” which focuses on unorthodox tricks and techniques that focus on difficult moral and ethical choices. He has been an advocate for inclusivity in gaming for decades as well as exploring themes outside of the standard “dungeon crawl.”

Nathan “Dreads” Collins is a Two-Time Iron Game Master winner and the first to win the competition back to back.  In 2010, Nathan wrote a revised edition of The Player’s Guide to Blackmoor with Dungeons & Dragon creator Dave Arenson.

Nathan has also edited dozens of tabletop top supplement books, and is a reviewer for DriveThruRPG. He has 20 years of Dungeons and Dragons experience.

Jess Hartley (she/her) is a tabletop RPG writer/editor, novelist, and all around word-nerd. Since 2005, she has contributed to more than 60 roleplaying game products including the ENnie Award winning Changeling: the Lost, and the long-awaited White Howler Tribebook for Werewolf: The Apocalypse.

Jess is an avid LARPER, tabletop roleplayer, board and card game enthusiast, and a heck of a lot of fun at karaoke night. She currently dwells in the Pacific Northwest with her family and a menagerie of other interesting creatures. Check out her projects and more about her here.

Ben Woerner is a father, husband, and game designer. He began his career in 2013 when he Kickstarted and published World of Dew, a samurai noir roleplaying game. Afterwards, he went on to develop, write, and win awards as a freelancer for games like Warhammer 40k, Tiny D6, 7th Sea, Scion, and the upcoming Dune RPG.

Recently, Ben created Knights of Underbed, a game where you play stuffed animals protecting sleeping children from monsters and nightmares. He’s a big fan of world building in game design and has written rules and worldbuilding for The Sound Of Water, A samurai noir role playing game set in old Japan.

Eloy is a premier Game Master, knowledgeable in a number of systems, genres, and styles of play, and is excited to pass this along to professionals who will use these skills for good.  He started Third Eye Games and has been writing and creating games for over a decade.  Read more about him here.

Ben Mandall has been running RPGs since he first learned to squeeze in tales of adventure during his lunch breaks of third grade. A graduate of both NAU and ASU, he lives in Scottsdale, AZ.

Ben is the organizer of numerous RPG discussion panels as the founder of ‘The Art of the Table’ and has presented at GenCon, PAX, RinCon, and numerous other conventions. He specializes in teaching game systems to new players, helping other GMs strengthen their skills at story creation and table management, and is always ready to discuss new ways to improve the gaming community.

Amber Eagar, also known as dicemistress, is a long time gamer who has enjoyed participation as both a player or staff/GM in several LARPs and tabletop RPG games that run the gamut of styles and genres.

She’s a former LARP columnist on RPG.net and has been a speaker on panels or a workshop presenter on such topics as game mastering, world building, and LARP creation at conventions like PAX Dev, PAX West, GeekGirlCon, and Norwescon. She has also done the editing, design, and typesetting for both academic publications put out in conjunction with the first and second WyrdCons (Journeys to Another World and Branches of Play). She’s working on an as-yet-to-be-named gaming related hobby project, which is currently deep in the design and writing stages. Outside of gaming

Amber enjoys neo-folk and early period music, Renaissance faires and festivals, and reading about medieval history, game design and various fantasy novels. She is a confirmed chocoholic and loves to spend time with her cat when she’s not busy gaming or designing games. Amber calls the Greater Seattle, Washington, area her home.

Colin has over 20 years of game mastering experience and is thrilled to contribute to Geek Therapeutics.

Colin entered the world of professional tabletop RPG design after graduating in 2015 from the University of Chicago with his PhD in Ecological Modeling. Applying ecology and math to real-world problems is one of Colin’s passions and RPGs offer a fantastic avenue to let him engage his scientific background while supporting his community.

Colin is a long-time member of the Sugar Gamers, which is a diverse community of primarily female gamers that produce content focused on improving geek culture, tech, and STEM education. Having been in therapy for the last 5 years, Colin is an informed patient who deeply appreciates how psychologically beneficial ttRPGs can be for a huge range of people.

In his free time, Colin grows orchids and runs Dungeons & Dragons for children ages 9-12 at his local gaming store on the Southside of Chicago.

Steven Honda is a Magic the Gathering card-flopper turned Game Master when everyone else in the party called ‘Not it’.

In addition to running games, he has play-tested, stress-tested, taught aspiring GMs, wrangled players, cats and put out a range of fires (uncluding literal ones). He is personally to blame responsible for errata in multiple games.

Simon Munoz is an Arizona based DM who has experience running most RPG systems. As a DM with 13 years of experience, he feels that he’s been a competent DM for at least 5 of those. Players at his table can expect a safe and welcoming space for under represented communities in gaming.

He hopes to create, with his players, bold new worlds and brave new frontiers, where things may sometimes be bleak, but the dawn is never far off. He looks forward to playing with you all and hopes you’ll enjoy your time at his table.

What Are Other Geeks Saying?

I continue to be inspired and excited about how RPGs can help create an empowering and healing therapeutic experience. Also, I have SO MUCH TO LEARN. 🙂
-Rae C.
I am loving the interventions and the flexibility of use for situations
-Nicki L.
I think my biggest takeaways have been from the recorded lectures, which have taught me a lot about how to conceptualize treatment in the form of an RPG.
-Anonymous 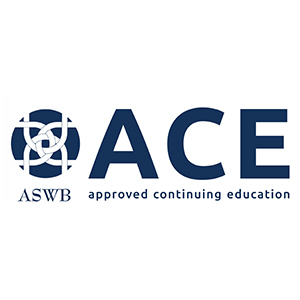 Geek Therapeutics has been approved by NBCC as an Approved Continuing Education Provider, ACEP No. 7042. Programs that do not qualify for NBCC credit are clearly identified. Geek Therapeutics is solely responsible for all aspects of the programs. 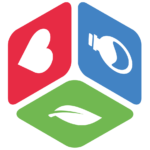 We teach clinicians, social workers, professionals, parents, teachers, students, geek culture fans, and pro gamers on how to use Geek Therapy to unlock the best version of themselves and others.